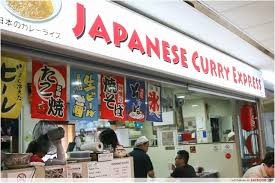 To many people in Japan, summertime is synonymous with hot and spicy food. Spices are believed to cool you down by making you perspire, as well as stimulating an appetite dulled by the sweltering weather. The quintessential spicy dish in Japan is curry, which is so popular that it’s regarded, along with ramen, as one of the top two national dishes — ahead of sushi and miso soup.

The spice mix known as curry powder and curried dishes were most likely introduced to Japan via the Anglo-Indian officers of the royal Navy and other stalwarts of the British Empire. They were among the first Westerners the Japanese came into contact with, after Commodore Matthew Perry landed his Black Ships at Kurihama in 1853, opening the country to the world after hundreds of years of isolation. Since this new dish came from the West, as far as these Japanese travelers were concerned, it was classified as yōshoku(Western food).

We have added our own twist on this magnificient dish making use of our rich chicken soup... enjoy...